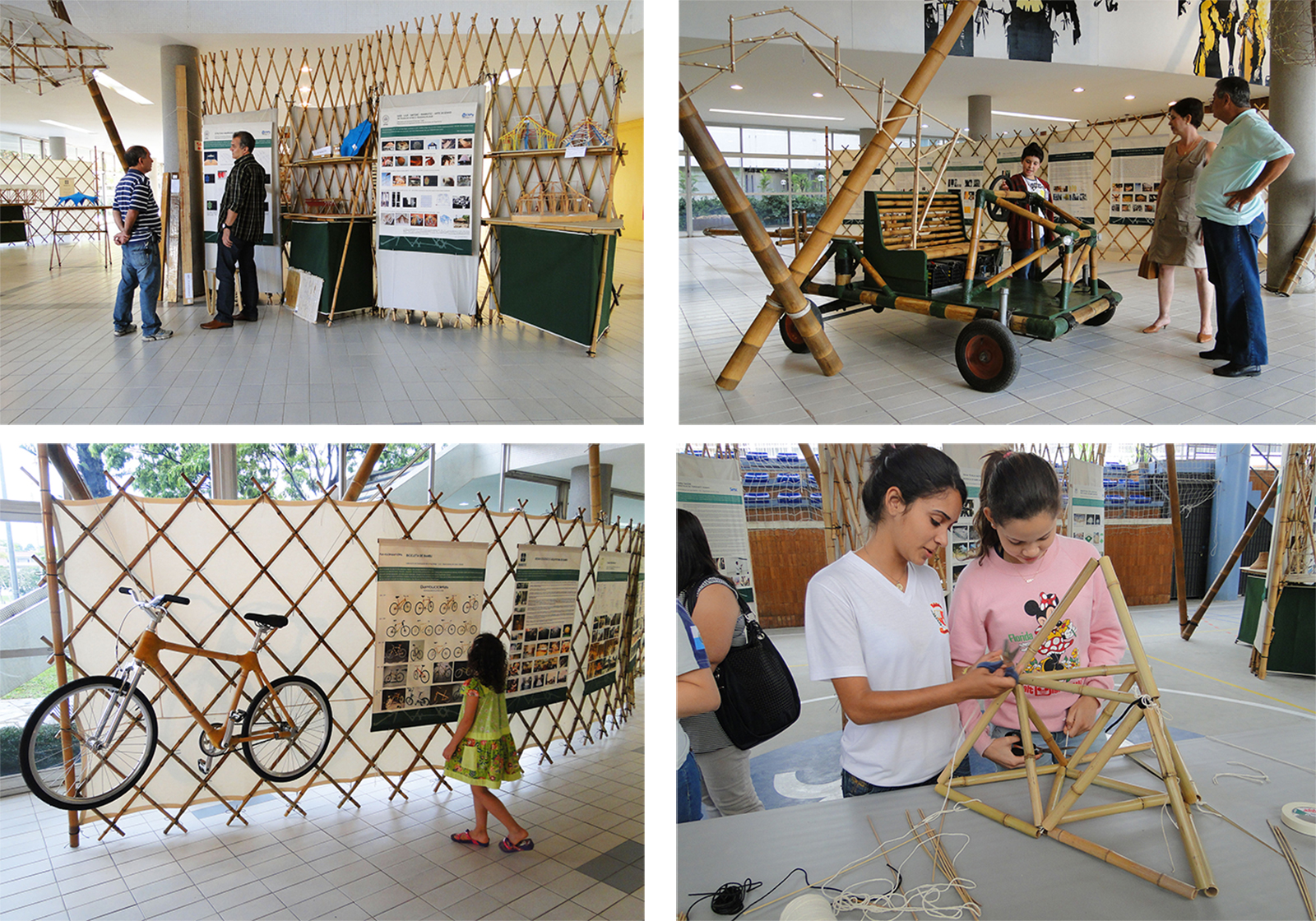 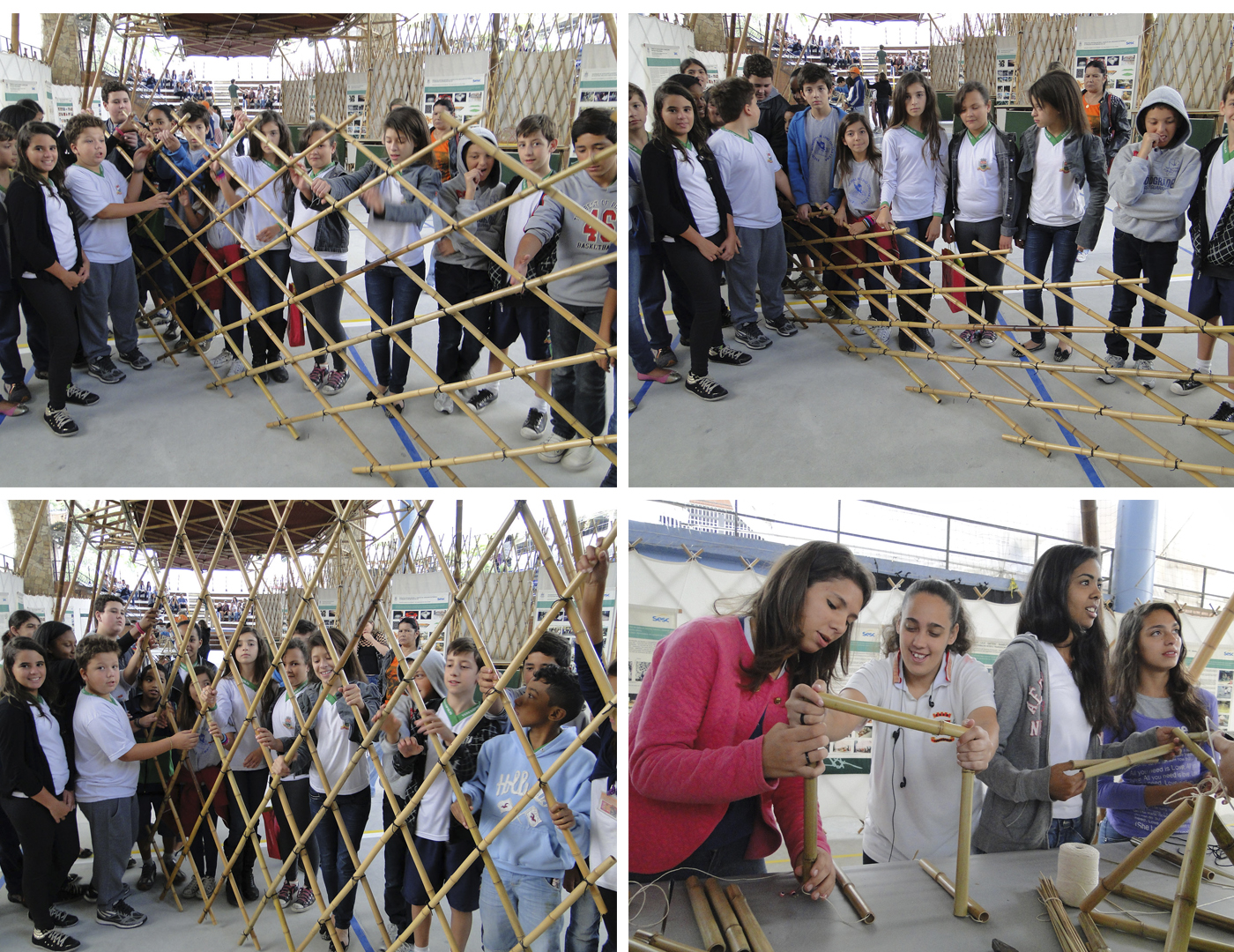 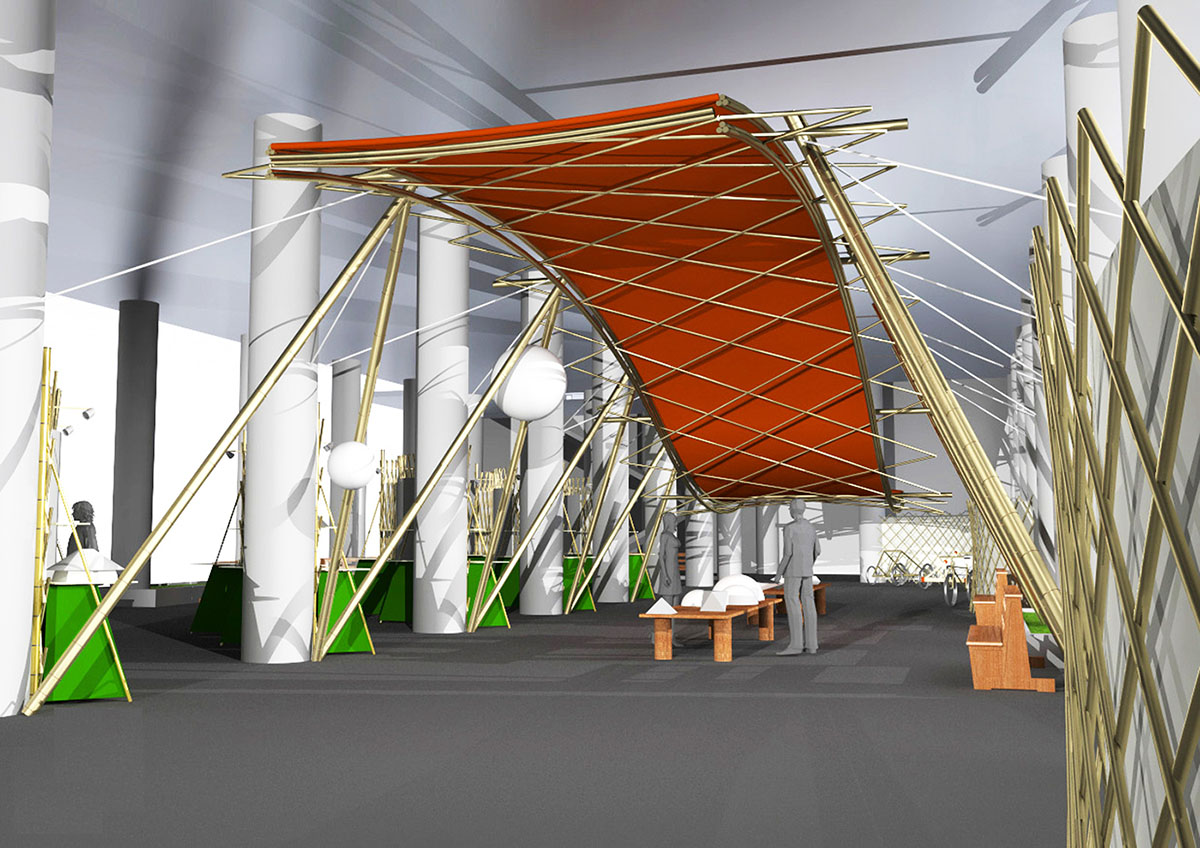 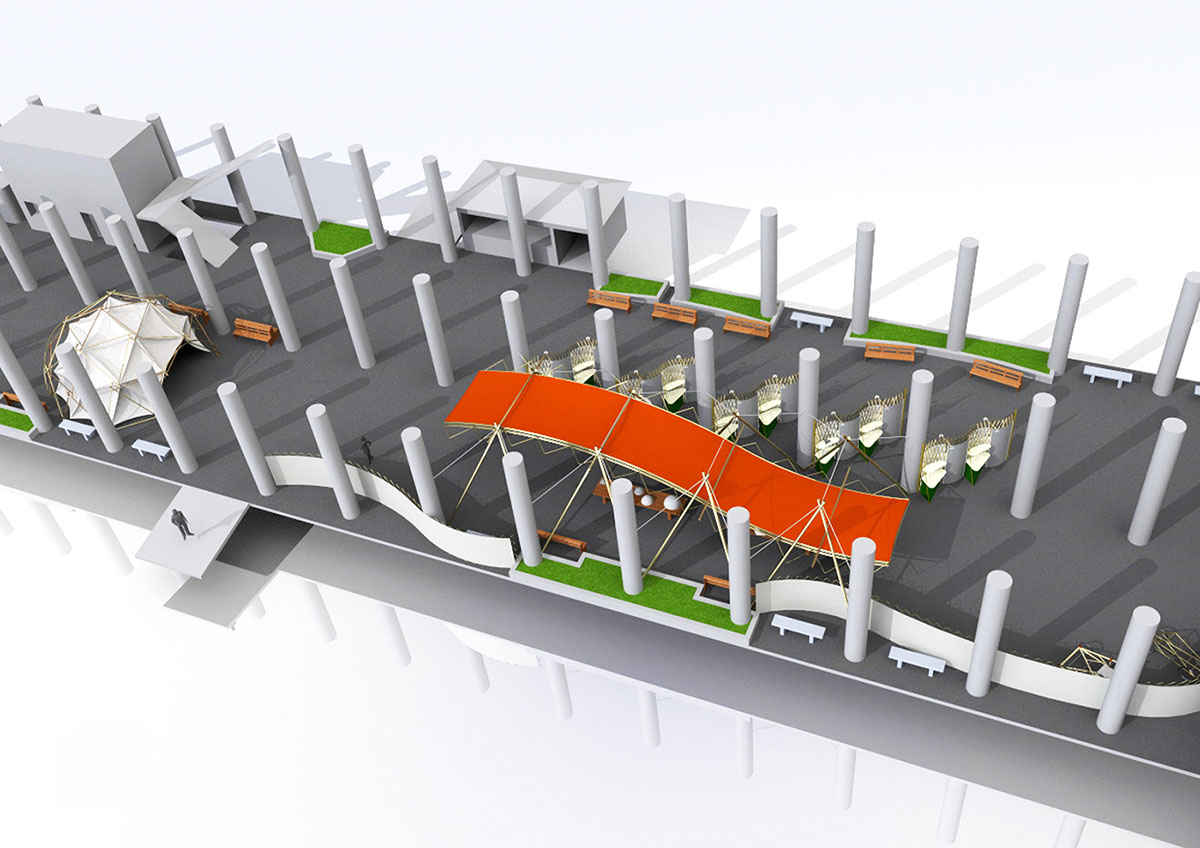 The Bamboo Structures Expo: Bio Materials and Sustainable Technologies is part of the first Public Notice of the Brazilian Bamboo Network, sponsored by the National Counsel of Technological and Scientific Development (CNPQ) of the Federal Government’s Ministry of Science and Technology.

It is part of project Accessible Bamboo Structures coordinated by the Civil Engineering Structural Systems Laboratory (LASE) of the Federal University of Minas Gerais, and partnered by PUC Rio, ABMTENC, CEFET-MG and Bambutec company.

As a participant of the technology development programs carried out in these universities, Bambutec designed and projected a big exhibition of the results produced by the laboratories involved, and their social and environmental outcomes along 30 years of interdisciplinary research.

Two editions were held in 2011: at PUC in Rio de Janeiro, and at UFMG in Belo Horizonte. In 2014, the SESC Teresopolis received the Expo during the National Week of Science and Technology.

This theme exhibition occupies a 300 m² area to show technical and scientific contents on new construction methods with application in Architecture, Design and Engineering, produced by original Brazilian-based research.

An exhibition room built on porticos, and a wave-shaped spatial truss support the roof lined by a tensioned laminated bamboo surface, which shelters the public and creates an inviting environment for a collective experience.

Panels and furniture are designed to favor visitation and introduce scientific works and display models, prototypes and products, as well as an exhibit of professional works of designers graduated at PUC Rio.

Its monumental architecture dialogues with the physical space of PUC’s Edifício Kennedy and UFMG’s Rectorate, widening their use interfaces and the possibilities of aesthetical interaction with the public.